Telecoms Single Market vote in Parliament: the way forward for a connected Continent 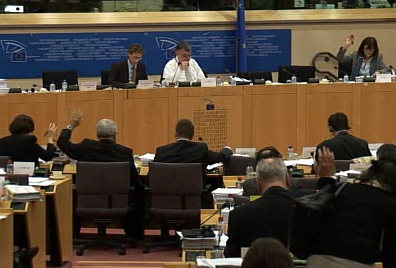 The European Parliament’s Industry committee endorsed today the Telecoms Single Market compromise, previously reached in negotiations with Member States, by 50 votes to 12 and 1 abstention,  paving the way for a final adoption in plenary.

The deal enshrines the end of retail roaming surcharges as of 1st July 2017, with a first price decrease in April 2016. The revision of wholesale market caps is confirmed as being a prerequisite, a point MVNO Europe believes fundamental to ensure a functioning and open telecommunication market in Europe. It appears however that these caps will not be reduced before the beginning of the transitory period in April 2016, thus harming effective competition.

MVNO Europe welcomes the fact that other key issues related to roaming are addressed by the legislation, including a forthcoming revision of the Mobile Termination Rates system, which lack of harmonisation is detrimental to a competitive European telecom framework.

Another central element of the regulation are fresh, common rules on net neutrality, clearly protecting the principle while making it possible for operators to innovate through “specialised services” without hampering internet speed.

The Parliament’s plenary will vote on the text at the end of September, in parallel with a Council vote on the text by Telecoms ministers. The Commission will also start working on concrete implementation measures, in particular the definition of “fair use” policy for roaming communications.

MVNO Europe is looking forward to work with the institutions on connected continent rules fostering competition and innovative offers at European level, for the benefit of consumers and businesses.