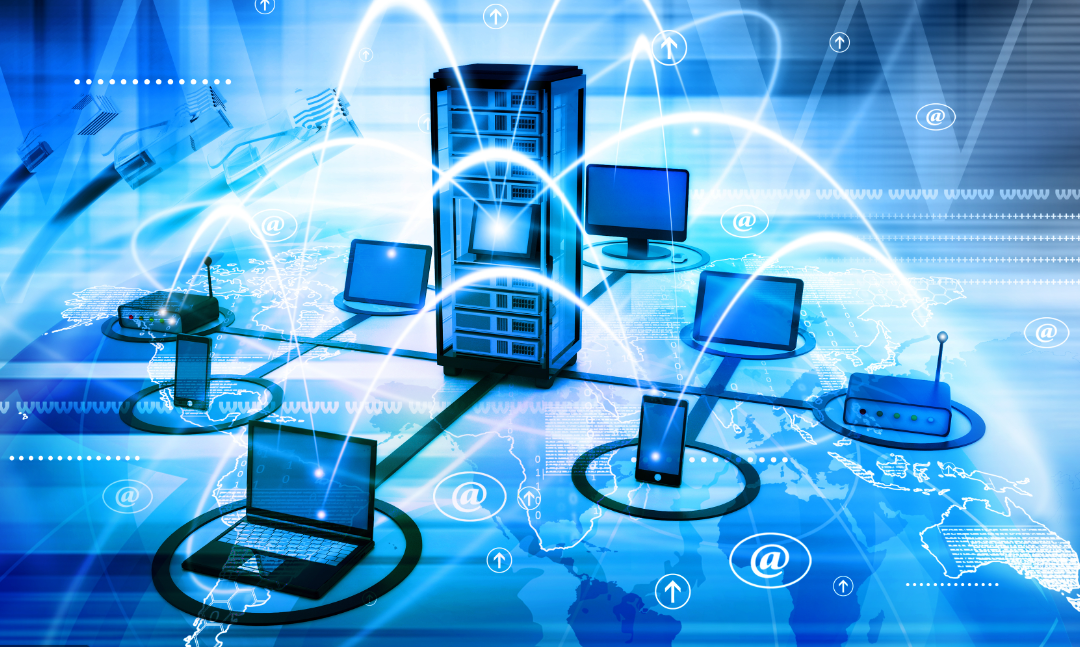 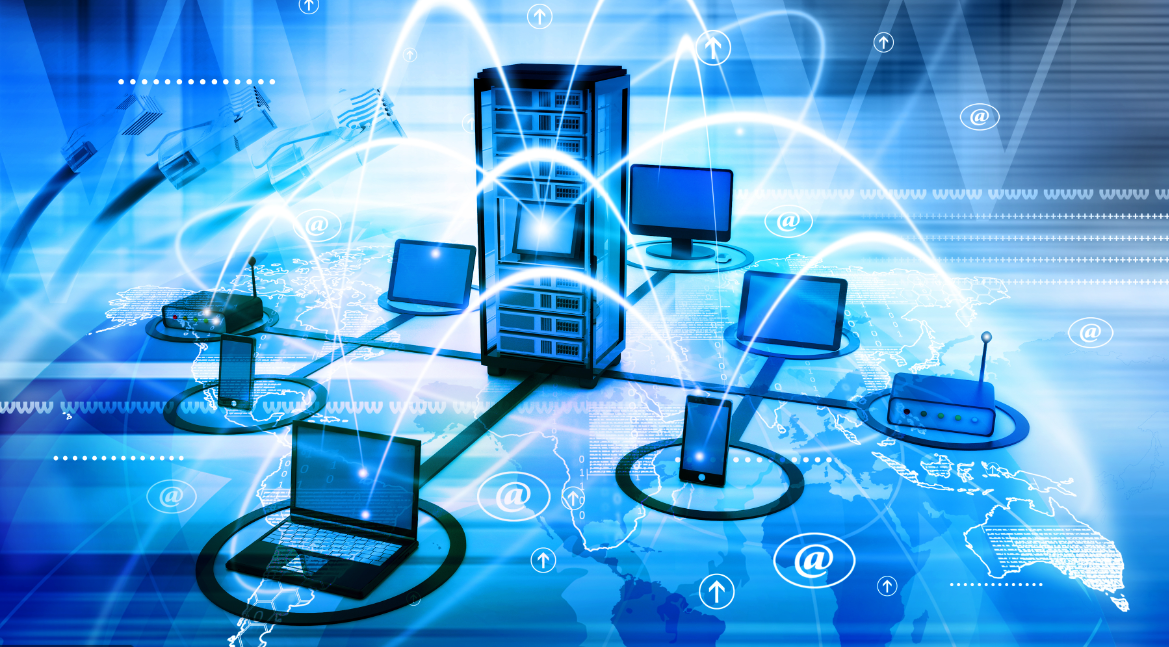 Brussels, 30 August 2022 – MVNO Europe members would like to express their concerns about suggested network investment contributions to finance telecom infrastructure, which may materialize in forthcoming EC legislative proposals, in light of statements made by EC Commissioner for the internal market Thierry Breton[1] and the political agreement on the forthcoming Digital Decade Policy Programme[2].

We believe that these suggestions are based on incomplete assumptions and insufficient understanding of the technical arrangements underpinning the exchange of internet traffic. We fear that the suggested network investment contributions would seriously harm competition on telecom markets, harm MVNOs directly, and ultimately be detrimental to both consumers and business users. In particular, there is a serious concern that, whilst the suggestions are ostensibly aimed at making the six largest internet content and application providers (in particular providers of streaming video) contribute financially to network investments in gigabit connectivity and 5G, materialization of the suggestions in legislation could lead to disruption of current peering and transit markets which are currently functioning competitively[3] on the basis of well-established commercial practices. One of the possible outcomes of potential unjustified regulatory intervention would be that not only the six largest, but numerous other companies, would be required to make substantial additional payments to the largest telecom companies for continuing to exchange and convey internet traffic, despite the fact that such companies normally already pay incumbents for access to their network on commercial or regulated terms.  In other words, this proposal could bring to the unwished result that largest telecom providers will have their network services paid not only twice (by customers and by content and application providers), but even three times (i.e. also by alternative operators, which however are already paying network access fees).

The proposals put forward by the largest telecom companies[1] amount to a ‘direct contribution’ to be paid to them, on account of large internet traffic volumes to be carried on telecom networks (both fixed and mobile). This would fundamentally change the internet from a set-up where every participant in the ecosystem brings (and pays for) their own connection to the internet, to a ‘sending-party-pays’ principle, whereby payments are made at wholesale level to a ‘termination monopolist’ which has control over the end-user.

It must be recalled that the ‘sending-party-pays’ principle was inherent to the telephony system. In that system the unbalance of traffic between telephony operators led to large wholesale payments to those telecom operators with largest customer base. The internet works in a different way: users do not want just to communicate between one-another, they want to be online to connect to content, applications and services. This is the reason why internet traffic is normally unbalanced between content and application providers and internet access providers, with the inbound traffic of the latter normally to overpass the outbound. In other words, the ‘sending-party-principle’ is a legacy of the old telephony world and it does not reflect the economics and the functioning of the internet as it is now.

Furthermore, as we have experienced in telecom markets since their liberalization, the ‘sending-party-pays’ principle for voice calls (and SMS) has led to abusive wholesale prices practiced by ‘termination monopolists’. Large operators used these charges to discriminate and harm new and smaller operators (the so-called ‘club effect’) and repeated regulatory intervention (first at national level and then at EU level in 2009 and 2020) addressed and reduced these prices drastically, culminating in the EC Delegated Regulation setting a strongly reduced single maximum Union-wide mobile voice termination rate and a single maximum Union-wide fixed voice termination rate[2].

Considering the above, it would be surprising to see the EU institutions involve themselves in introducing a ‘sending-party-pays’ principle for internet traffic[3].

While investors in telecom infrastructure might need support for non-commercially viable gigabit and 5G network roll-out (places hard to reach or rural areas), for this they already have access to considerable subsidies from EU and national funds. Financial contributions to pay for commercial network investment are not appropriate, would distort competition in favour of the largest telecom companies, and consumers would ultimately bear the brunt.

As shown above, account needs to be taken of the fact that internet traffic is generated by users’ demand, for connectivity for interpersonal communications, and also for access to the content, applications and services of their choice on the internet. Telecom networks are therefore remunerated by the users, subscribing to internet access provision (and other) packages (fixed and mobile) and by other sources of financing, including wholesale services. Notably, MVNOs pay for every MB, SMS and minute they use on mobile networks on the basis of commercial terms. For example, in Germany, Service Providers/MVNOs pay at least EUR 2bn per annum in wholesale fees to the three Mobile Network Operators (MNOs).

The ‘theory’ of ‘fair sharing’ as espoused by the largest telecom operators is therefore weak from a technical and economic point of view. In addition, it is contradicted by the commercial behaviours of its supporters, as most of them have been frequently engaging in ‘zero rating’ offers (prior to their invalidation by the European Court of Justice in 2021[1]), which are a commercial practice whereby they do not charge their customers for (high volume) internet traffic, notably for music and video streaming.

The largest telecom companies have claimed that direct contributions would help them support, renew and expand their networks, but the truth is that all of them have already started investment projects to upgrade their network/infrastructure a number of years ago, including in fibre networks are engineered to support growing data volumes. As a matter of fact, Telefónica (Spain) and Orange (France) are both nearing completion of their Fibre-to-the-Home (FttH) build-outs, and have sold stakes in their rural FttH networks to specialist investors to support the roll-out to completion. Given that many large telecom companies have already financed their investment projects and enjoy sizeable profits, it is unclear how a ‘financial contribution’ will be used by them for the benefit of the network.

All in all, the ‘theory’ of ‘fair sharing’ seems essentially a claim advanced by a small group of large telecom operators who, losing their historically inherited centrality in the system, react by demanding compensation from the players who have taken better advantage of the technological changes. The EU institutions should therefore examine any demands from the largest telecom operators with caution and avoid ‘solutions’ that reward the defence of legacies or a lack of willingness to innovate.

Before coming forward with any legislative proposals, the European Commission should, at the very least, investigate the matters at hand carefully, including any possible collateral impact of measures not only on the internet, but also on telecom markets, and consult a broader spectrum of stakeholders before taking any decision that would severely impact the stability and sustainability of European industry.

Serious market distortion and harm to competition, to MVNOs in particular

Any kind of ‘financial contribution’ or ‘network fee’ that would organize a large financial flow to the largest telecom operators would amount to a ‘tax’ on internet content and application providers, as outlined in a report by Communications Chambers[2], but it would also distort the telecom market and harm competition in the single market well beyond the tech and telecom sectors. Organizing financial flows to the largest telecom operators, without any assurance on where and how the funds will be spent, would only end up reinforcing their market position and could lead towards tighter oligopolies or even re-monopolisation of telecom markets. The goals of the largest operators are thinly veiled: every report on ‘fair share’ they have commissioned, and every seminar they have organized, features a litany of their complaints about the telecom market being too competitive, direct asks for putting an end of regulatory measures that promote competition, and demands to permit in-market consolidation. The EU institutions acceding to their demands, in the form of an alleged ‘fair share contribution’, or directly in the form of removing pro-competitive regulation, would risk jeopardising challenger network operators and MVNOs’ business, and overall reduce competition to the detriment of consumers and business users.

Should the European peering market be disrupted by a new regulation empowering large telecom companies to charge third parties’ traffic on the basis of their investments in networks, the consequences may be detrimental for the entire sector. Incumbents may feel legitimated to ask fees  from other types of businesses that rely on their infrastructures irrespective of wholesale charges already paid. The outcome could be that smaller providers would be forced to pay increased amounts for paid internet peering, leading to an asymmetric situation in which small companies subsidise the largest ones. In some European countries (namely Italy and Germany) the incumbent has already been able to exercise its market power in the national market, refusing direct internet peering, thus forcing smaller internet access providers to make outpayments to them for internet ‘transit’ or face quality reductions. According to press reports, these practices also negatively affected the German academic network Deutsche Forschungsnetz (DFN) at the start of the COVID-19 pandemic[1], and the National Regulatory Authority refused to intervene, although the matter was in part resolved. The practices of Deutsche Telekom towards alternative operators are also documented in the WIK Consult report cited above.

Harm for national security and quality of service

One should understand the consequences of a possible regulation that would force content and application providers to pay a ‘financial contribution’ for network investment. Indeed, in reaction to the “fair sharing” contribution they would have to pay, they may choose to use transit and international transport to deliver the internet traffic outside the EU (thus avoiding the European jurisdiction), with an increased risk for the security of data of European citizens and businesses. Such routing practices could also harm the quality of internet-based services in Europe, as has been already seen in Italy and Germany as an effect of de-peering practices by incumbents.

Harm to consumers and European businesses

Introducing a ‘financial contribution’ or ‘network fee’ risks also harming European consumers directly, as it is likely that the ‘taxed’ companies pass on fees to their own subscribers (as appears to be the case in South Korea[2], where similar regulation, by way of court decisions, was already passed). The same logic could apply to a vast majority of European companies, who for instance make use of cloud services.  In other words, a European initiative on ‘financial contribution’ would have the unintended effect of jeopardising both the interests of European consumers (at a time when they are under enormous financial pressures due to spiking inflation) and the growth of European industry.

For the reasons set out above, we ask European policy-makers to reject calls for ‘financial contributions’ or ‘network fees’ to be paid towards the largest telecom operators, and we urge the institutions to thoroughly consider the wider implications before taking any actions that would directly or indirectly impact the stability and sustainability of the European industry (and consumer rights) as a whole.

[6] For a discussion on internet access, peering and transit economics, and a potential introduction of the ‘sending-party-pays’ principle, please refer to the study conducted on behalf of the German regulatory authority BNetzA by WIK Consult: https://www.bundesnetzagentur.de/EN/Areas/Telecommunications/Companies/Digitisation/Peering/start.html